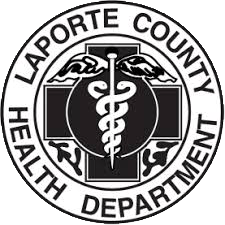 HIV is short for Human Immunodeficiency Virus, which is the virus that causes AIDS. This virus is passed from one person to another through blood-to-blood and/or sexual contact. In addition, infected pregnant women can pass HIV to their baby during pregnancy or delivery, as well as through breast-feeding. People with HIV have what is commonly called an HIV infection but sometimes it is also called the AIDS virus. HIV infects the cells of the ‘immune system’ – the very thing the body uses to fight against germs. Most people with HIV will eventually develop AIDS as a result of their HIV infection.

HIV is most commonly spread by coming into direct contact with blood, semen or vaginal fluids during unprotected sex with an infected partner. HIV is also frequently spread among injection drug users by the sharing of needles or syringes contaminated with very small quantities of blood from someone infected with the virus.

HIV tests can tell if you have been infected with HIV. When HIV infection occurs, the body develops antibodies to the virus. The HIV test checks to see if your body is making these antibodies. It doesn’t test for AIDS.

A positive test result means that your body is making HIV antibodies. If the test finds antibodies, that means you are infected with HIV. It doesn’t mean you have AIDS or will get sick soon.

A negative test result means no HIV antibodies were found in your body. But, you could still be infected if you have been exposed to HIV in the last six months. Your body may not have made enough HIV antibodies to show up yet. Consider getting tested again in a few months.