Home » Boards & Commissions » Board of Commissioners 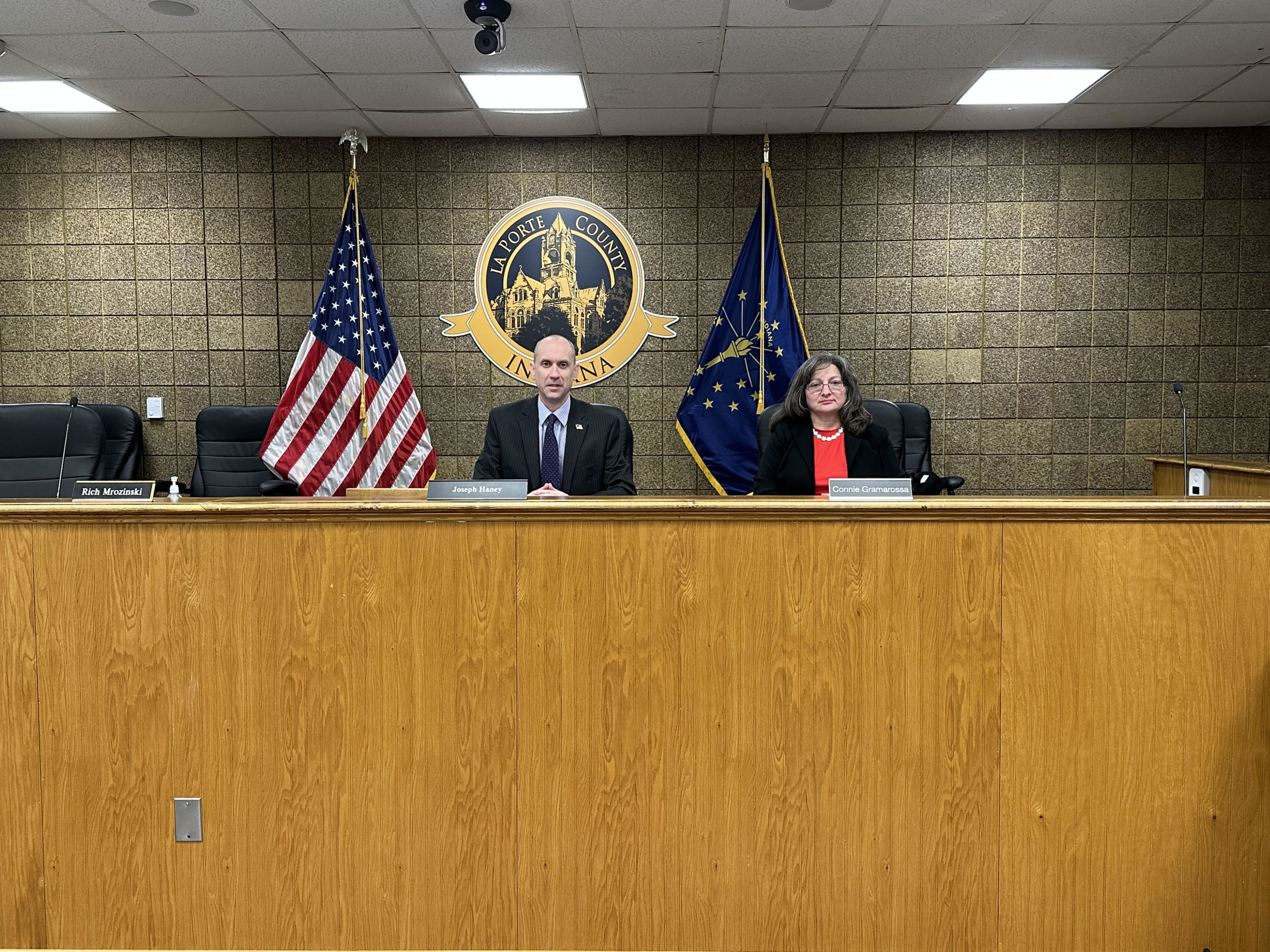 DUTIES OF THE BOARD

The County Commissioners may adopt ordinances regulating behavior. Specifically, they have authority to pass ordinances in the following broad areas:

The commissioners are the custodians of the home rule powers of the county. Within the scope of home rule, commissioners may adopt and vest themselves with additional regulatory powers. (Generally see IC 36-2-2 for duties of the board of county commissioners.)

The Board of Commissions meet on the first Wednesday of the month at 10 A.M. and the third Wednesday at 6 P.M. Special meetings may be called by any commissioner on a 48 hour notice.

Two commissioners comprise a quorum, as well as the necessary majority to pass an ordinance or resolution.

Unanimous consent is required to pass an ordinance on the same day or at the same meeting at which it is introduced, except for amendments to zoning ordinances and ordinances of the county council for additional appropriations.

Otherwise an ordinance requires two readings at two separate meetings. County commissioners may adopt their own rules of procedure that are in addition to those required by statute, such as requiring additional ordinance readings.

Ordinances, orders and resolutions are considered adopted when signed by the president of the county commissioners. Generally, an ordinance need not be published as a legal notice, unless it prescribes a penalty or forfeiture or there is a specific statute requiring publication. In the case of a penalty or forfeiture, prior to the effective date the ordinance must be published once each week for two consecutive weeks.

The county auditor acts as the clerk of the board of county commissioners and is required to attend all meetings of the commission. The Commission secretary keeps the minutes for the Board. 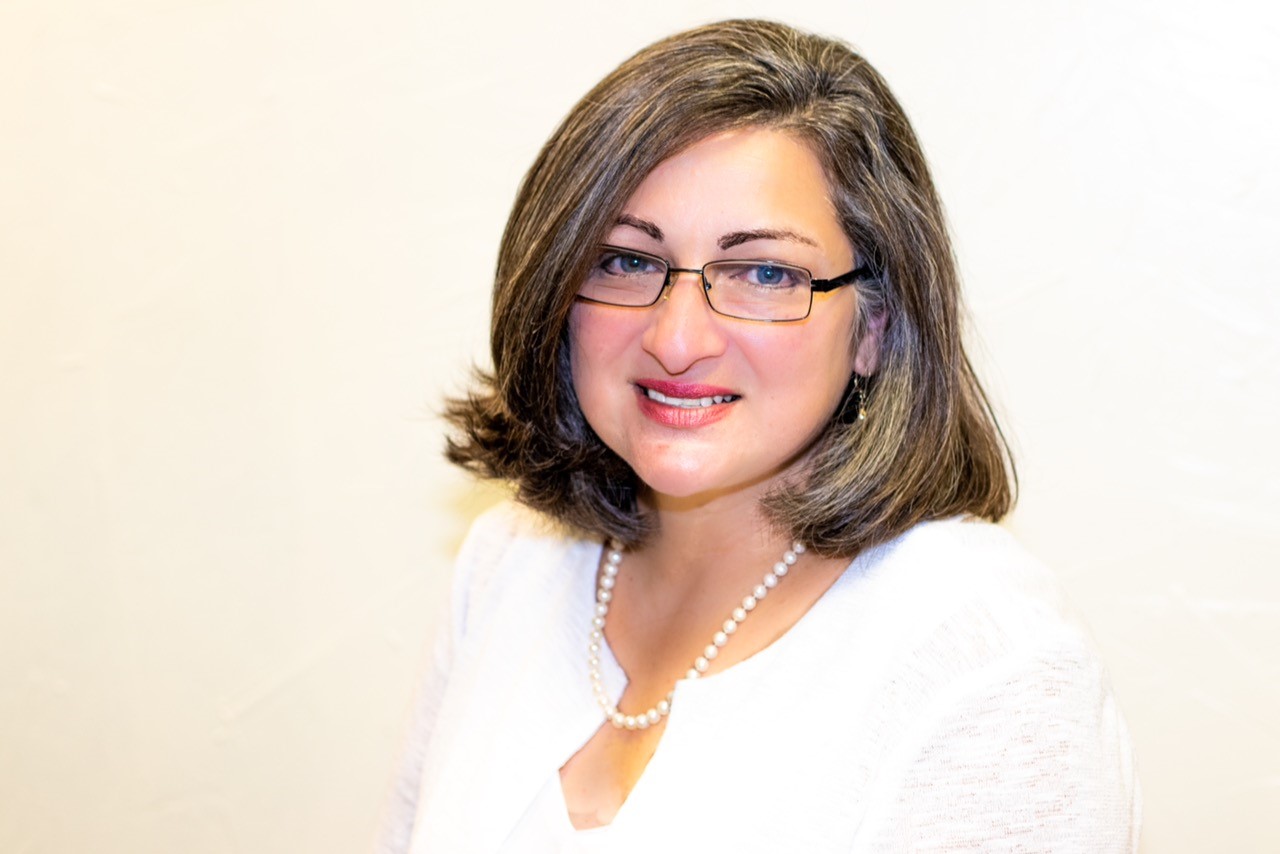 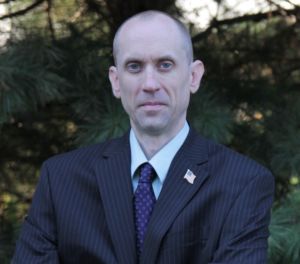 Joe Haney is active in his community and has spent his adult life volunteering his time and talents, from serving as a Volunteer Firefighter/EMT to volunteering at homeless shelters, animal rescue groups, and more.  2020 was Joe’s first run for an elected office and this is his first time serving as an elected official, he has spent the rest of his adult life in the private sector.
Joe is a former clinician having worked in the surgical suites on a level one trauma team, transplant team, and as an operations manager for a total of nearly 20 years on the definitive side of health care. Joe currently resides on a small farm near Door Village with his wife of 19 years and their three daughters, where he runs a small business. 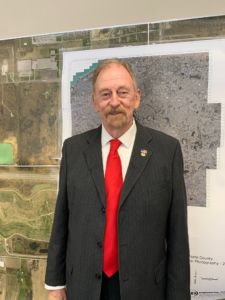 Rich Mrozinski, a La Porte County native, graduated from Rolling Prairie High School, and went to work for NIPSCO one month later.  One year later enlisted in the U.S. Air Force for four years, including two tours of duty in the Vietnam War.  Upon discharge he returned to employment at NIPSCO, eventually retiring after 37 & 1/2 years of service as a Substation Electrician.  During his employment he attended classes at Indiana University South Bend eventually earning a degree from the National Safety Council as a Certified Utility Safety Administrator.  In 2007, he was elected to the La Porte County Council, serving two consecutive terms.  In 2017, he was elected LaPorte County Commissioner.   In 2019 & 2020 he was elected to the Association of Indiana County Commissioners Board of Directors as  Vice Chairman of the Northwest District and also appointed to the Commissioners Legislative Committee.  Rich was instrumental in the forming of the La Porte County Sewer and Water Board as well as the La Porte County Veterans Court.  He has served on the county Small Animal Advisory Board since 2007 and has been Chairman the past 3 years. Rich has served as Chairman of the La Porte County Veterans advisory Committee for 20 years, the LaPorte Mayors Veterans Committee for 21 years, and has been a Legacy Life Member of the Veterans of Foreign Wars for over 30 years. Rich was elected VFW post Commander for 13 years, National Aide-De-Camp 3 times, National Deputy Chief of Staff twice, State Chief of Staff 2019-2020, elected District Commander 3 times and for 9 years served as Chairman of the National Legislative Committee for Department of Indiana.  Rich has also been chosen as a member of the VFW Honor Degree.  He has been a member of the American Legion 19 years and their honor degree, the 40 & 8, and a Life Member of AMVETS at-large, and the Air Force Association.  Rich served on Congressman Joe Donnelly’s Veterans Advisory Committee for 6 years and was instrumental in the building of the new Veterans Clinic in Mishawaka.  In 2019, Rich was nominated for the Indiana Military Veterans Hall of Fame.
He has been married to his wife Beverly since 1993, and has a daughter, 4 grandchildren and a great-grandson.