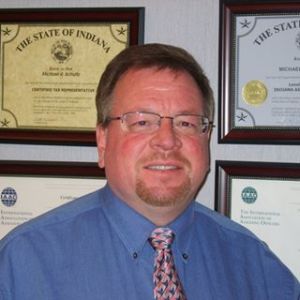 The Indiana General Assembly passed legislation in 2017 (Senate Enrolled Act 386 – 2017), that significantly changed the appeal process, which subsequently resulted in a change in the forms used in the appeal process. Effective July 1, 2017, the previous process for conducting an appeal was repealed and replaced with a new process (Indiana Code 6-1.1-15-1.1). Essentially, the new process consolidated the so-called “subjective appeal” (previously governed by Indiana Code 6-1.1-15-1) and “objective appeal” (previously governed by Indiana Code 6-1.1-15-12) into a single proceeding. The process begins at the local level and can be appealed to the state only after being reviewed locally.

Form 133, which was used for “objective appeals” was consolidated with Form 130-Short and Form 130 into one Form.  A taxpayer can still file an appeal concerning “objective” issues (i.e. factual matters, such as the property record card contains an incorrect description of the property, like a the square footage is wrong, the homeowner is assessed for a brick home when it has no brick, etc.); however, it is on page 2 of the Form 130. A “subjective” appeal, such as the taxpayer believes the assessed valuation of a property is incorrect, is filed on the first page of the Form 130.

An appeal begins with filing a Form 130 – Taxpayer’s Notice to Initiate an Appeal with the local assessing official. The appeal should detail the pertinent facts of why the assessed value is being disputed. A taxpayer may only request a review of the current year’s assessed valuation. Following an informal conference with the local assessing official, the assessor will make a recommendation either denying or approving the appeal. If denied, the appeal will be forwarded to the county Property Tax Assessment Board of Appeals (PTABOA) for review. If the PTABOA denies the appeal, instructions will be provided on appealing the decision to the Indiana Board of Tax Review. After being heard by the Indiana Board of Tax Review, taxpayers may also seek review by the Indiana Tax Court.

A taxpayer can still file an appeal concerning “objective” issues (i.e. factual matters, such as the property record card contains an incorrect description of the property, like a garage that does not exist); however, it is on page 2 of the Form 130.

An objective appeal issues may include:

Objective claims may be made for up to three years of assessments with the submission of the Form 130. However, taxpayers requesting refunds must also file a Claim for Refund form (Form 17T).